PD day at Fairbridge. A good group with mixed experience levels. Vertical Rescue training finalized 3 days of training for Cert IV in Abseiling. Everyone learned heaps. Even the seasoned warriors picked up a trick or two.

Stories told by some more experienced adventurers were great inspiration. Although I don’t think I’ll go ice climbing any time soon. Thanks Brad!

All kudos to young Jess who endured 3 days of knurly blokes. At the end she put on a great demonstration of inline vertical rescue. See photos. The rest of us followed just in time before mother nature opened up and dumped an almighty shower.

Posted in: Photo Gallery by Nikolai Peran on 11 January, 2014

Lots of people meant plenty of great action shots and culling this group was tough. So many people had a good time. Adventure Camp this year started fast with a mountain bike ride around Margaret River and through the township. Saddle sore, half the group had no time to chill out as they clambered through Block Cave that evening.

The following day was canoeing with Steve and Corena managing to capsize their canoe not once but twice! Ryszard also experienced an accidental acquatic rhinoplasty. Hope it’s feeling better now mate. Canoe Volleyball was very ambitious this year. We’re hoping it will catch on as an Olympic sport. Twice as tired now, the second half got their chance to do the cave that night.

On the last day the closet rock climbers came out in force. Frances gave us her best Spiderman impersonation as she inched up the rock face. And with two other abseil runs going at the same time there were no excuses for anyone not to have a go. We even had Scott from the police SWAT help despatch people off the cliffs. With plenty of volunteers on hand everything went off without a hitch. To celebrate, many continued on to the Bootleg Brewery afterwards. Cheers to Markus and Sarah for another successful adventure!

Posted in: Photo Gallery by Nikolai Peran on 18 August, 2013

A rainy week leading up to this weekend did nothing to dampen the spirits of our gang. A big group and multiple pitches meant there was something for everybody.

Matt experienced life as a stretcher test dummy for a while. Steve, Liz and Joanne updated their CPR quals thanks to Rob from Paraguard Training. Visisting alpine abseiler Jerome dazzled all by showing us how things were done the French way. And everyone else managed to learn some new knots or how to set up a pitch.

It was a full day that seemed over way too quick. Luckily the Settlers Tavern beckoned afterwards for a hearty meal and several new friendships were made. Massive and friendly support from the UWA Outdoor Club made this one of our most successful adventures yet.

Cold mornings did nothing to dampen the enthusiasm of these crazy cavers. A belly crawl into Block Cave on Saturday morning lead to some interesting formations. Even big Ian managed to squeeze through the wombat hole of an entry. Lunch and then off to abseil at Bride’s Cave. The Cert 2’s from Fairbridge had already set up the rigs so before long we spidered our way down into this collapsed cave. Views were great but with such a large group it took ages to get everybody back up. It was pitch black before the last person was hauled to the top.

That night only the hardy heeded the call to go night caving. The smart ones opted for a glass of wine around the camp fire. Trying to find a hole in the ground in the middle of a forest at night is an adventure in itself. This time we abseiled down into Mill Cave and didn’t get back to camp until 1:00 am.

Morning came around way too fast. Never the less we trooped over to Dingo Cave for another abseil descent and underground exploration. This cave offered lots of critters, scrambles and tight squeezes plus the stunning Christmas Tree crystal at the end. Most of us emerged bone weary but on a high from a fantastic weekend. Thankfully the Yahava Coffee House awaited to rejuvinate us before the drive back to Perth.

A record attendance and great bunch of people made this camp the best adventure yet. Of course the warm temperatures and sunny weather every day helped too. Starting with the Island Game on arrival people got cosy very quickly. Then straight on to WI-16 for Abseil training and Golgotha Cave. With so many keen adventurers the group had to be split in two and swapped between the two activities. This meant the last abseiling group finished as the sun went down and Louisa descended in almost total blackness.

The next day witnessed a huge tutti-fruity flotilla of kayaks attacking the Blackwood River. The 14 km stretch from Great North Rd to Chapman Pool took nearly 5 hours but seemed to disappear much faster. Paddlers emerged a little weary but everyone completed the journey in good spirits. And why not? With cute little rapids to descend and pristine scenery along the way it was a day to remember.

A few even had energy left for some extra curricular night-caving in the evening. This took us deep into the bowels of Calgardup Cave. The twists and turns made human pretzels of us all. Nik even managed to film a short doco about the Poo Shoot and FOA-TV was born (stay tuned).

The last day’s abseiling at Willyabrup capped it all. Moderate conditions combined with a spectacular coastal landscape provided the perfect setting. Chloe almost psyched herself out but discovered inner strength after a tandem descent with Markus. Likewise with 10 year old Casey who was talked through his first time by Naomi. After that there was no stopping either of them. The long walk back to the top was hardly noticed and the only reason we packed up when we did was to be in time for our dinner booking at the pub.

Sadly all things must come to an end. Even adventuring in the best place on Earth. Until next time.

Posted in: Photo Gallery by Nikolai Peran on 16 February, 2013

Rock climbers Matt & Intan joined us for an early start at Boya Quarry to beat the heat. Today’s challenge was prossicking and vertical rescue training. The combined experience of Brett from Fairbridge as well as Markus and Sarah meant we were in safe hands.

The heat sucked it out of us pretty quick but everyone went back for more. Even traveller Louisa from Germany who had never abseiled before. Steve as usual couldn’t get enough and even some of us novices were tempted to return next time for a go at advanced rescue. All in all a fantastic day celebrated afterwards with tasty Magnums and ice cold drinks at a quaint local corner store.

Day 1 at WI-16. Emerging bleary eyed from last night’s dancing, 13 eager adventurers attacked the first day of activities with aplomb. Doug was abseiling for the first time and discovered his heart rate monitor soared to 130 after each descent. Marcus found deep gouges in his boot soles after dropping in Crucifix position. They don’t make ’em like they used to! Despite some tentative steps amongst the first timers, enthusiasm never waned and everyone came back up for more.

Day 2. Canoe Trip. The river gods smiled on us today with beautiful sunny weather, a gentle breeze and plenty of wildlife along the way. This included a cow and bull grazing along the banks and a 6 foot swimming male kangaroo heading for the opposite bank with dogs in pursuit. We meanered around leafy bends, sandy beaches and traversed some gentle rapids. The end reward was a vigorous game of Canoe Volleyball with most of the points scored by Sarah. At one point nearly everyone’s kayak had been tipped.

Day 3. Wilyabrup Abseil. The morning was rainy and almost cancelled the event. But persistance paid and by the time we got to the cliffs and set up the spitting weather had stopped. Steve arrived late for the camp and had missed the training from day one but didn’t seem phased by the sheer drops. Tomoe had a ‘moment’ at the edge and pushed through it with stoic Japanese determination. The sky remained overcast making the return walk from Stainless Steel not nearly as grueling as it usually is. After all we experienced it was hard to say goodbye to new found friends.

Margaret River March 29th to April 1st, 2013 This event is now over Come with us for a long weekend getaway to the beautiful area of Margaret River. The days will be filled with exciting adventures in the wilderness. The camp package includes: 3 nights of camping Activities during the daytime including abseiling, kayaking and caving […] 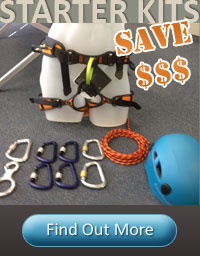